Wayne, PA January 27, 2015 – More than 550 women are expected to attend the 9th Annual Women’s Leadership Luncheon benefiting the Women’s Resource Center (WRC). This highly anticipated event – a sellout for the last five years – will be held at the Hyatt at the Bellevue in Center City, Philadelphia on Friday, April 10th, 11am-2pm.
Emceed by Emmy-award winning journalist and former NBC10 reporter Lu Ann Cahn, the Women’s Leadership Luncheon will feature a keynote address on “The Art of Negotiating Throughout Life” by Jen Gaiski, Senior Vice President of Content Acquisition at Comcast. Among her many honors, Ms. Gaiski has been listed as one of the “Top 50 Most Influential Women in Cable” by Cable World Magazine multiple times. She has been recognized by CableFAX as a “Woman on the Move” and has received the distinguished status of “Wonder Woman” by Mutilchannel News and Women In Cable Telecommunications, NYC Chapter.
WRC Leadership Awards will be presented to two area movers and shakers: PECO Corporate Relations Manager Romona Roscoe Benson and Bryn Mawr Hospital/Main Line Health Vice President Brenda DeFeo. The festivities will also include pop-up shopping with local vendors, a raffle of enticing gift baskets and a fabulous silent auction. Networking opportunities are abundant as friends enjoy the afternoon, and businesses sponsor tables for their valued employees while supporting WRC
“We are excited to celebrate our ninth year hosting this inspiring event that recognizes groundbreaking women,” said WRC Executive Director Michele Daly. “We are so grateful to our sponsors and luncheon guests. WRC could not offer the range of services, for girls, for women in transition and for women veterans, without their generous support.”

This summer, thousands of newly-minted graduates are striking out to find professional employment. But in today’s competitive market, simply having a degree may not be enough to snag that coveted job. To help give them a leg up, the Women’s Resource Center, (WRC) is hosting an interactive workshop called Mentoring Millennials. 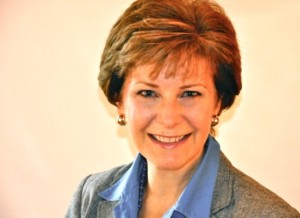