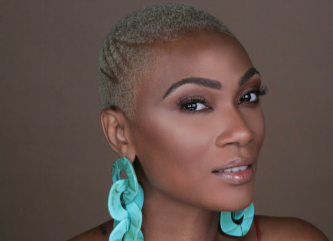 WRC’s annual Party with a Purpose (PWAP), to be held this year on January 28 from 6-8pm over Zoom, is featuring a wine tasting with esteemed sommelier, Founder and activist Tahiirah Habibi.

Tahiirah, a Philadelphia native, began her wine career at the St. Regis Bal Harbour in Miami. Later, her career developed at Micheal’s Genuine among other prestigious restaurants. In 2017, she launched Hue Society as a safe space for the community to learn, commune and find resources in one place. She has created a cultural space for the BIPOC community to share their developments and experiences in wine. Tahiirah is the first Black woman to grace the cover of Wine Enthusiast 40 under 40 list and has been featured in Ocean Drive as one of the top 5 female sommeliers, James Beard, VinePair, Wine Enthusiast, Upscale, Vogue, Wine Spectator, the Robb Report and Imbibe Magazine to name a few. She has also coordinated wine events for Tina Knowles and the Waco Center.

Tahiirah is dedicated to empowering the community for both consumers and business owners. With the launch of city chapters, Hue Society has been able to provide access and resources to black and brown communities across the country.

Infamous for her pioneering work in the wine industry, Tahiirah recently co-founded The Roots Fund, a nonprofit that will create new educational pathways, financial assistance and career opportunities for Black & Indigenous people to become successful in the wine industry.

Proceeds from PWAP go towards supporting WRC’s programming. This year the Party will be different because it will be virtual, but the mission is even more critical. As a result of the pandemic, the Women’s Resource Center has experienced an increase in the number of women in the community who need emergency assistance, are seeking resources to deal with mental health issues, or are suffering domestic abuse.

Divorce, custody and support during COVID-19

Divorce, custody and support are issues within the realm of Family Law. COVID-19 has created…

The Women’s Resource Center (WRC) is thrilled to announce that April Walker, General Manager of…