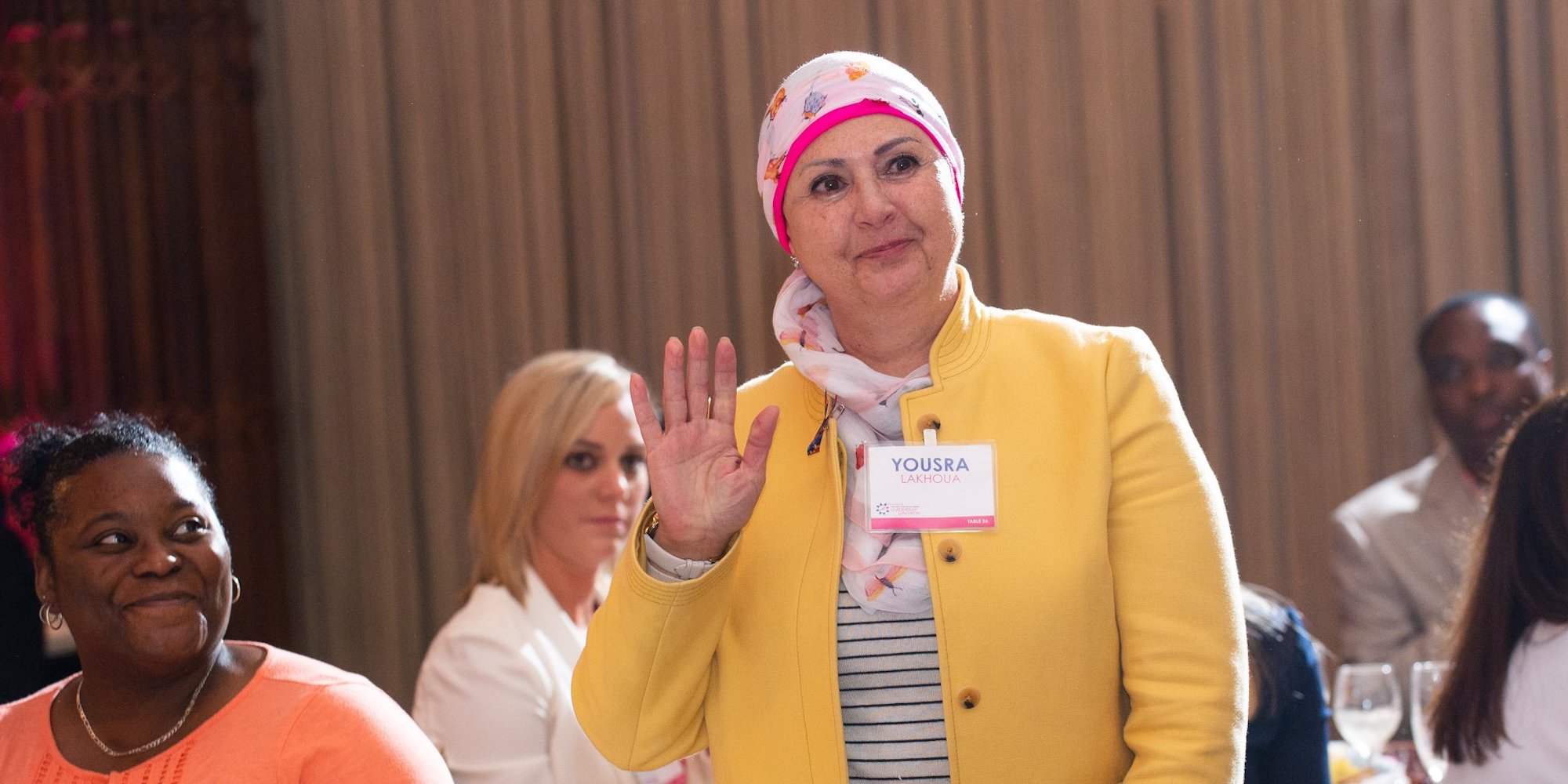 Yousra was a single mom raising her two sons alone in Doylestown when she was diagnosed with a serious heart condition and needed to be hospitalized. Rather than having the boys go to foster care, they were sent to live with their father.

At the time the boys were ages 11 and 12. However, both boys are also autistic, so their real ages were more like that of four and five year olds.

One day while they were with their father, Yousra received a disturbing phone call from her sons. They were crying and screaming for their mother to save them from his abuse.

Yousra called the police and this put into action the events that led her to the Women’s Resource Center. The family went to court and the judge advised Yousra to move from where she was living and to look into resources to help her get back on her feet – food banks, churches, and the Women’s Resource Center. In addition to their everyday needs for food and shelter, they also needed counseling to work through the trauma.

Yousra started counseling and resource coordination at the WRC. Over time and with the support of WRC’s Resource Coordinator, Kai Qualls, Yousra’s self-confidence and strength returned.

“Kai brought back love,” said Yousra. “She let me know that I’m worth it.”

Today, Yousra’s sons are thriving in college. Yousra herself has gone back to school to work on her Master’s degree in language.

“I cannot thank the WRC enough for their help in making this happen, in making us stronger,” she said. “If you need help, just call, just ask.”

“I cannot thank the WRC enough for their help in making this happen, in making us stronger. If you need help, just call, just ask.”